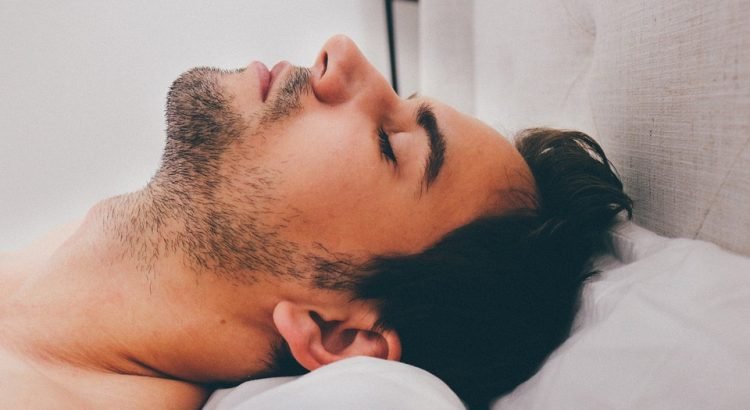 Want to be at your cognitive best? Get plenty of z’s.

Studies show that sleep is actually a powerful natural nootropic that enhances your memory, improves your mood, and generally increases your intelligence.

Though sleep typically consumes about a third of our lives, the hectic pace of modern life is a constant temptation to shortchange ourselves on shut-eye. It’s easy to assume that we pay the full price for staying up late when the alarm goes off the next morning, but new research shows that’s barely the tip of the sleep-loss iceberg.

The real cost of even minor sleep deprivation is a sharp decline in cognitive abilities, negatively affecting everything from verbal skills and problem-solving to the ability to concentrate, recall events accurately, drive safely and more, even if you don’t feel particularly sleepy. And the decline persists until you get enough quality sleep to make up the deficit.

In addition to sending cognition into decline, it also has a significant negative effect on a number of physical systems, weakening immune response, increasing the risk of obesity and type 2 diabetes, and sending both blood pressure and stress levels soaring. And it’s much harder to get enough recovery sleep to make up a chronic sleep deprivation deficit.

The Sleep Cycle: What It Is And Why We Need It

Though sleep appears to be a simple mental and physical shut-down, in reality, it’s a complex cycle of several stages, each one of which is vital for both health and cognition.

It takes from 90 to 120 minutes for the average person to complete a sleep cycle, and most people go through the cycle four or five times each night.

The cycle starts with the “nodding off” process, during which brain activity slows down, muscles begin to relax, and drowsiness sets in.

These initial sleep stages last from five to 15 minutes each.

Next comes a period of deep sleep during which brain and muscle activity decreases dramatically, but restorative processes get underway.

During this deep sleep stage, which lasts about 15 minutes, self-repair mode is initiated.

The cells show increased production and reduced breakdown of protein, which is essential to the process of cell growth and repair throughout the body and brain.

The deep sleep stage is also essential to the central nervous system, giving the neurons that are in constant use during waking hours an opportunity shut down, replenish energy, and discharge byproducts.

Without this sleep stage, the neuronal connections deteriorate, and the neurons themselves become depleted or polluted and cannot operate at peak performance.

After deep sleep, the next stage in the cycle is REM or rapid eye movement sleep, which is when most dreaming occurs.

During REM sleep the body experiences atonia, or the virtual absence of muscle tone and skeletal muscle activity; brain impulses that control movement are suppressed, and the muscles become totally unresponsive. Breathing may become rapid and irregular, and heart rate increases.

During the first sleep cycle the REM stage lasts about 10 minutes, but it gets longer each time the cycle is repeated, with the final REM stage lasting up to one hour.

Both the deep sleep and REM sleep stages play a major role in the consolidation of memories, which is a vital part of the learning process.

During these sleep stages the brain sorts and consolidates memories of acquired information, including both consciously accessible memories of fact based information and nonconscious memory of procedures, habits, skills, and actions.

This consolidation not only makes the memory of acquired information more stable and resistant to interference, but it is also believed to be essential to the long-term preservation of knowledge.

Research shows that certain nerve-signalling patterns generated while awake are repeated during both deep sleep and REM sleep, and memories that could be in danger of decay may be improved or reactivated during sleep.

There is also evidence that brain plasticity, the ability to acquire and assimilate new information by making lasting structural changes, is sleep-dependent to a significant extent.

Studies show that during both deep sleep and REM sleep the brain synthesizes proteins and genes involved in neuronal plasticity.

Sleep is also important to the prefrontal cortex, the part of the brain that controls executive function and helps maintain emotional equilibrium.

In addition, sleep deprivation has been shown to interrupt neural pathways in the brain, creating a virtual “disconnect” between the prefrontal cortex and the amygdala, the part of the brain primarily responsible for processing emotionally significant information. Researchers found that when lack of sleep interrupted the communication between the amygdala and the prefrontal cortex, the result was a significantly amplified response to negative stimuli.

As little as one night without sleep is known to trigger increased stress, anxiety and emotional difficulties, and chronically disturbed sleep has been shown to result in decreased ability to regulate one’s emotions.

How Much Sleep Do I need?

Adults generally need seven to nine hours of sleep daily to function optimally and prevent all the problems associated with sleep deprivation or restriction.

Unfortunately, about 40% of Americans are regularly getting less than six hours of sleep, and some persistent myths about sleep exacerbate the situation.

Many people believe that losing just an hour or two of sleep has no real effect, but science shows that’s simply not true. Losing even a single hour of sleep can compromise your immune system, increase cardiovascular risk, and lower both energy levels and cognitive abilities.

The idea that sleeping late on weekends can make up for lost sleep is another myth. While getting additional sleep isn’t necessarily a bad thing, it could disrupt your sleep-wake cycle and make it harder to get to sleep at a reasonable hour that night. And promising yourself that you’ll sleep in on Saturday won’t help you get through a sleep-deprived weekday.

Quantity Is Important, But Quality Counts

Just spending seven or more hours in bed each night isn’t a guarantee that you’re getting enough sleep. Quality is just as important as quantity when it comes to slumber, so follow these tips to make sure your getting the best sleep possible.

– Keep a regular sleep schedule. Try to go to sleep and wake up at the same time every day; avoid the temptation to sleep in or take naps on weekends.

– Exercise daily and eat/drink wisely. Getting some vigorous exercise every day is one of the best ways to guarantee a good night’s sleep. Avoid alcohol and caffeine before bedtime and don’t eat large meals late at night.

– Get the right kind of light exposure. Spend as much time as possible outdoors in the sunlight and try to let as much natural light into your environment as possible. Avoid electronic devices (including computers, TVs, phones/tablets, etc.) for at least an hour before bedtime; bright screens can suppress natural sleep hormones.

– Keep your bed area dark, cool, and quiet. Turn off the lights, turn down the thermostat, and eliminate noise as much as possible when you’re ready to sleep. If the ambient noise is out of your control, consider earplugs or a white noise machine.

Sleep and its Powerful Effects on Memory and Intelligence was last modified: July 16th, 2021 by Braintropic.com Research Team