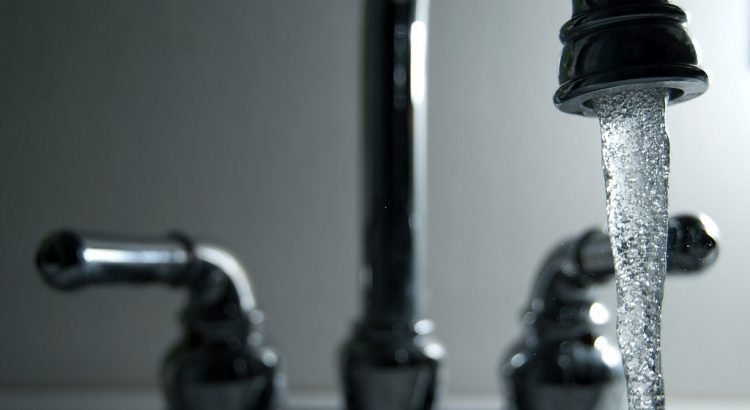 Want to feel better, think faster, and be more productive?

Reach for the water bottle.

New studies show ordinary H2O is an outstanding cognitive enhancer that can brighten your outlook, banish brain fog, increase your energy, and sharpen your focus.

Water makes up about 60 percent of the human body as a whole and at least 75 percent of the brain itself, so it makes sense that staying sufficiently hydrated is important. Most people are aware that a complete lack of fluids can be deadly in as little as three days, but new research indicates that even very minor levels of dehydration have significant adverse effects on both body and brain.

Even a slight water deficit can erode mood, memory, and energy levels; one percent dehydration has a measurable negative impact on physiological performance, and mild dehydration of just 2 percent has been demonstrated to adversely affect attention, psychomotor skills, and memory.

Any degree of dehydration can trigger symptoms including headache, lightheadedness, and fatigue.

Though severe clinical dehydration is most often associated with the very young and the elderly, statistics show that mild to moderate dehydration is a pervasive problem that affects people of all ages.

In fact, it’s estimated that as many as 75% of Americans are chronically dehydrated to some extent.

We lose over 80 fluid ounces of water daily through breathing, perspiration, and other bodily functions, but the average intake of plain water is just under 4 cups, or about 31 fluid ounces.

While other beverages and even foods contribute to our daily total water intake, most people routinely fall below medical recommendations.

Our cognitive abilities are the result of an incredibly complex series of interactions among many physical and neurological systems.

Staying adequately hydrated helps maintain the delicate balance of the various chemicals that are crucial to energy, mood, and mental performance, and nowhere is this balance more important than in the brain itself.

Drinking water helps keep your brain well-nourished and oxygenated. Any degree of dehydration literally makes the blood thicker and harder to move through the veins, which raises blood pressure, forces the heart to work harder, and makes it more difficult for the brain to get the nutrients and oxygen it needs. Good hydration lowers blood pressure, lessens demand on the heart, and improves circulation, which in turn enhances brain cell health, activity, and longevity.

Drinking water helps protect the brain from toxins. Adequate hydration not only keeps brain cells robust and healthy, but it also helps eliminate damaging free radicals and other toxins associated with diminished cognitive abilities. Both free radical damage and dehydration are closely associated with age-related disorders, including Alzheimer’s disease and other forms of dementia.

Drinking water enhances neural messaging. Good hydration is also vital to the creation and release of neurotransmitters, the special “messenger” brain chemicals that are responsible for everything from mood and memory to sleep/wake cycles, the pleasure/reward response, brain reaction time, the ability to learn and solve problems, and more.

Drinking water increases alertness and attention while decreasing confusion. Studies confirm that alertness, attention, focus, and overall cognitive performance in adults is enhanced with water supplementation, while dehydration causes the perception of confusion and other cognitive impairments. In cases of mild to moderate dehydration, the perception of confusion was satisfactorily addressed with water supplementation.

Drinking water keeps the brain from shrinking. Dehydration reduces the fluids in brain tissue, which literally shrinks the brain and reduces function. This is most marked in severe and prolonged cases of dehydration, but studies show that even mild temporary dehydration caused by sweating during exercise has a negative effect on brain volume. Subjects who lost from 2.1% to 2.6% of their body mass through water loss by sweating while exercising had a correlating loss in brain volume. Further studies showed an increase in brain volume following rehydration.

Does it Have to be Water?

Water isn’t the only drink that counts. All fluids contribute to overall fluid intake, as do many edibles; in fact, about 20% of daily fluid intake comes from food. But water should be your drink of choice whenever possible because it has everything going for it when it comes to hydration – it’s diet-friendly, free from the tap, readily available everywhere in bottles, and it goes perfectly with everything.

Beverages like fruit juices, soda, and even beer and wine do contribute to your daily fluid intake, but they come at a nutritional cost. Getting even half your daily fluids from those drinks would use up about half of the average person’s recommended calorie intake and could send blood sugar levels soaring. Coffee, tea, and diet sodas count toward the daily fluid total too, but moderation is important. Though they’re non-caloric, consuming them in quantity could have other dietary consequences.

How Much Water Should You Drink a Day?

Most people have heard the “8 x 8” advice on water intake, which says adults should consume eight ounces of water at least eight times daily; though 64 ounces of fluid daily is a good start, it still falls well below the 80 to 120 ounces of water the body loses daily.

But in reality, the amount of fluid needed for maximum health and cognition varies greatly for each individual, and even from day to day.

The more water you lose through sweating, breathing, and other bodily functions, the more fluids you need to consume to maintain optimal function. That means you’ll probably need more fluids in hot or humid weather, on days when you’re doing a lot of exercising or strenuous work, and when you have any illness that results in fever, vomiting, or diarrhea.

A good rule of thumb is that if you’re drinking enough water and other beverages so that you only rarely feel thirsty and your urine is colorless or very light in color, you’re on the right track.

Drink water before, during, and after exercising or other strenuous activity, and drink at least one glass of water before meals and one during meals.

Keep a bottle of water at your desk, tuck one into your bag, and take one along when you get into your car.

Your brain will thank you.

Photo credit: running faucet by Steve Johnson is licensed under CC BY 2.0