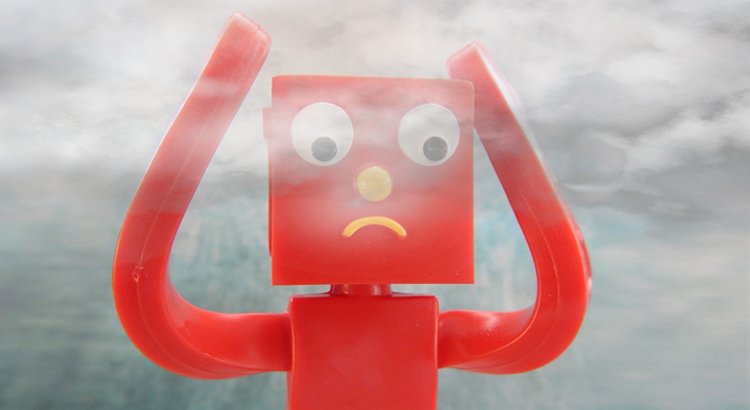 Brain fog usually shows up as forgetfulness, fuzzy thinking, and a vague sense of fatigue. It can make you absent-minded, confused, demotivated, and unfocused, and give you the frustrating feeling that your mind just isn’t firing on all cylinders.

Brain fog is something that everyone deals with occasionally. But there are ways to beat it.

Brain fog is a non-medical term for a group of cognitive and physiological symptoms that can impair everyday life in a myriad of minor but functionally significant ways. In a 2013 study, the top-ranked descriptors for the symptoms of brain fog included “forgetful,” “cloudy,” and “difficulty focusing, thinking and communicating.”

Brain fog is usually temporary, lasting from a few hours to a few weeks, but is often a recurring problem.

Though brain fog is most prevalent among people with certain disorders, including chronic fatigue syndrome, fibromyalgia, Alzheimer’s disease, and other neuropsychiatric disorders, it’s an increasingly common problem that can affect people of all ages.

However, studies indicate that brain fog in otherwise healthy people is primarily triggered by unfavorable diet and lifestyle choices, meaning brain fog is both correctable and preventable.

The mechanics of brain fog aren’t completely understood, but research suggests that a combination of brain chemical imbalance and inflammation at the cellular level may be largely responsible.

A healthy, efficiently functioning brain is a complex system of hormones, neurotransmitters, and other naturally produced substances that must remain in balance; when there is either an excess or a deficiency of any brain chemical, cognitive function can suffer.

Brain fog is believed to be at least partially the result of an imbalance of dopamine, cortisol, and serotonin, three important brain chemicals that significantly impact alertness, mood, and motivation.

Cortisol is a hormone the body produces in response to stress, and its function is to regulate many body processes, including metabolism, wakefulness, and alertness. However, high levels of cortisol are known to inhibit production of dopamine and serotonin, neurotransmitters that affect mood, social behavior, memory, motivation, and the pleasure/pain response. High cortisol levels trigger a corresponding drop in dopamine and serotonin levels, which put the brain’s chemical system out of balance, and cognitive impairment is often the result.

Five Things You Can Do To Prevent Brain Fog

Brain fog is largely a preventable condition. For people who are otherwise healthy and have no significant underlying medical conditions, brain fog is primarily the result of the choices we make.

Here are five steps you can take to help make brain fog a thing of the past.

Obvious as this may seem, insufficient sleep is one of the leading causes of brain fog. Sleep is essential to efficient brain function; even minor sleep deprivation is associated with increased brain inflammation and can lead to a sharp decline in cognitive abilities. As little as one sleepless night can degrade verbal skills, make it hard to concentrate and solve problems, or even recall events accurately.

Adults generally require from seven to nine hours of sleep nightly to maintain peak cognitive performance. Getting less sleep than that, even occasionally, is an open invitation to brain fog.

Stress is one of the major culprits in modern life; hectic schedules, high expectations, and an ever-increasing emphasis on productivity are combining to send stress levels soaring.

As stress increases, levels of cortisol rise and the production of other important brain chemicals drops, upsetting the delicate balance necessary for optimal physiological and cognitive function. The result can be devastating, considerably increasing the risk of a host of disorders, including brain fog.

If your stress levels are sky high, chances are that brain fog is a persistent problem.

Reducing stress isn’t always a simple proposition, but there are many options and techniques for living a calmer and less stressful life.

Eliminating overscheduling, adopting realistic expectations about achievement and productivity, and cultivating an objective view can all go a long way toward reducing stress.

In addition, research has shown that meditation and bio-feedback effectively reduce stress levels.

Making the right dietary choices can go a surprisingly long way toward preventing brain fog, and eliminating or at least reducing the amount of sugar and other refined carbohydrates in the diet is an excellent first step. Eating sugar causes the level of glucose in the blood to briefly rise sharply to well above normal levels, then plunge drastically to well below normal.

Brain fog is one of the characteristics of low blood glucose, so eliminating the surge and plunge cycle is crucial to staying mentally sharp.

You may also want to watch out for wheat. Gluten, the protein that gives bread its texture, is a common food allergen, but many people who don’t test positive for gluten allergies seem to find that it can nevertheless trigger a variety of symptoms including fatigue, bloating, headache, and brain fog.

Other food allergies could also play a part in recurring brain fog. Many of the most common food allergens, including eggs, nuts, soy, fish, and shellfish, are known to create brain fog in susceptible people. But since the vast majority of food allergies are never diagnosed, they remain recurring and unsuspected triggers.

Carefully monitoring your own diet and detecting any association between what you eat and episodes of brain fog can help you identify foods to avoid.

But staying at your cognitive peak isn’t just about figuring out what foods to avoid – in some cases, brain fog could be the result of getting too little of certain nutrients. Both protein deficiency and ultra-low fat diets have been associated with brain fog, so avoid diet plans that eliminate or substantially curtail either. The National Academies of Science recommends that adults should get 45 to 65 percent of their calories from carbohydrates, 20 to 35 percent from fat, and 10 to 35 percent from protein.

Dehydration is another classic cause of brain fog; in fact, fatigue and brain fog are well-recognized symptoms used to diagnose dehydration. The Institute of Medicine’s Adequate Intake recommendation is 9 cups or 72 ounces of water and other fluids daily for women and 13 cups or 104 ounces daily for men.

If your fluid intake regularly falls far below those guidelines, you’re inviting brain fog to be part of your life.

Vitamin and nutrient deficiency is one of the most common, yet most overlooked causes of brain fog.

If you’re not getting enough of the B vitamins (including B12, B6, folate, niacin, and thiamin), vitamin D, or magnesium, your brain simply won’t be able to operate at its cognitive peak, and a severe or prolonged deficiency is very likely to lead to frequent episodes of brain fog.

Try a good multivitamin-mineral supplement; you could see a definite positive change in your cognitive abilities.

There are also many natural supplements typically thought of as nootropics or “smart drugs” that can help fight brain fog. Acetyl-L-carnitine, alpha GPC, rhodiola rosea, ashwagandha, and bacopa monnieri are all used by many to keep brain fog at bay.

Regular exercise is one of the best brain fog busters there is.

It can lower elevated cortisol levels and help restore brain chemical balance. And exercise doesn’t have to be extreme to do you good; any activity is better than no activity at all, and something as simple as a quick walk around the block can be an exceptionally effective means of heading off brain fog before it takes hold.

The bottom line on brain fog is simply this: though it’s a very common problem, it’s not inevitable for otherwise healthy people.

Making the right diet and lifestyle choices can go a long way toward banishing it forever.