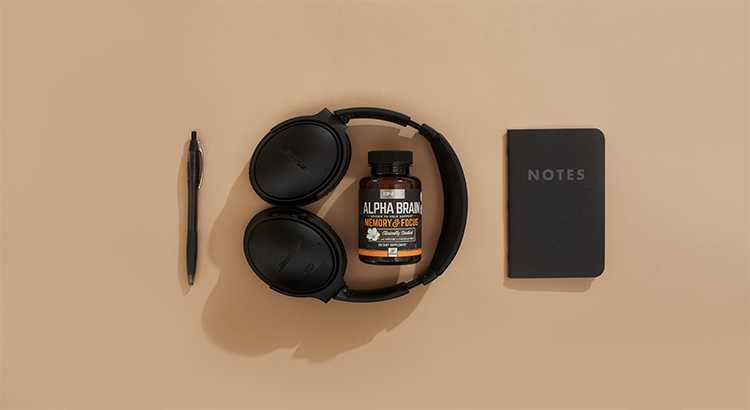 I woke up in the morning feeling absolutely terrible. My brain was completely foggy, slow, and overworked. I needed some extra brainpower to get through the day ahead of me. Luckily, just a couple of days before, I received my package of Alpha Brain from Onnit Labs and thought it would be the perfect time to try it out and report the results.

And let me start by saying this: my experience was great. Here’s my review of Onnit Lab’s Alpha Brain.

Alpha Brain boasts an outstanding arsenal of natural ingredients. Onnit’s Alpha Brain is not one of those fluffy products that don’t have much in them. Alpha Brain actually have a well-designed collection of ingredients for boosting brain power.

Alpha GPC and Huperzine A both boast outstanding effects on increasing and potentiating the brain’s own neurotransmitter, acetylcholine that is required for memory increases to occur in the brain. They also have several other less known nootropic effects, but that is the main mechanism for their brain boosting effects.

Vinpocetine is a neurovasodilator that increases blood flow in the brain, thus increasing cognition. It too boasts other nootropic effects.

Pterostilbene is a nootropic and neuro antioxidant derived from Blueberries. This site shows how it is an extremely potent brain protectant, and can protect against even cancer. Not only that, but it also has positive effects on keeping dopamine active in the brain, which can cause increased learning and an increase in mood to almost euphoric like happiness. Mucuna Pruriens is another interesting ingredient. It boasts a profile of enhancing just about everything in a person. It is said to contain “steroid like” performance enhancement, as well as containing L-Dopa, a precursor to dopamine, which like I said above, causes increased learning abilities and a euphoric sensation and mood. It also causes increases in dream clarity and depth, which makes it excellent for lucid dreaming.

Vitamin B6 is included because it increases the effects of almost of all of these supplements, not to mention causes a whole host of brain benefits. Plus it gives a good clean energy, it’s the perfect thing to top off the Alpha Brain nootropic stack.

Overall, Onnit’s Alpha Brain stack contains a great blend of ingredients to protect your brain, reduce stress and anxiety, increase focus and productivity, and help increase your ability to lucid dream. These ingredients are well suited to studying and test taking in my opinion. I would recommend Alpha Brain before a test, especially because of the Huperzine and Vinpocetine. It’s just a great, well-researched, blend of ingredients.

As I said before, before taking my first dose of Alpha Brain, I was feeling pretty foggy and slow in the head. I took two capsules after breakfast, and about 30 minutes later could feel it kicking in. It was like clarity and wakefulness slowly crept into my head, and replaced the sleepy cobwebs. I could easily focus on my work at the office and I felt great.

I noticed my memory was better too, even after just one dose. For example, normally when looking at file numbers for our clients, I’m pretty forgetful and need to look them up every single time. On Alpha Brain, I was easily able to picture the numbers I had looked at earlier in my head and remember them, which saved me a hell of a lot of time at work. This is most likely because the increase in acetylcholine and further potentiation of it caused by the Alpha Brain.

I also felt great. It was an effect almost like Adderall, with tons of focus on the task at hand while boosting my mood to something great. I could tell it definitely had a positive effect on my motivation as well, as I was taking on tasks immediately instead of putting them off for easier things. I would attribute this to the increase in dopamine caused by Alpha Brain.

I also noticed an increase in sleep quality and clarity of my dreams, most likely again from all that extra acetylcholine being created. Taking it before bed is a great way to enhance your dreams to even lucid dream levels.

Overall, I felt awesome. Alpha Brain put me at the peak of my mental abilities, and after taking it for a few weeks, the effects only got stronger. I felt calm, task focused, unstressed, healthy, and productive always after taking it.

I would recommend Alpha Brain to anyone who needs to work or study harder and more efficiently while not stressing themselves out. Also, anyone who just wants to protect their brain and health would benefit greatly from this supplement.

Anyone can benefit from a balanced nootropic supplement like Alpha Brain.

In terms of preformulated nootropics that are completely natural, this is an excellent choice. If you’re open to synthetic nootropics such racetams, taking aniracetam, oxiracetam, or pramiracetam (view a comparison here) would go great to further enhance Alpha Brain’s effects.

I would highly recommend Alpha Brain for anyone looking to achieve greater focus, memory, and mental clarity.

Does it work? Oh, yes. It does. Like I said above, Alpha Brain gives a calm, meditative focus with extremely vivid memory and ability to visualize. It is one of the top performing natural nootropic supplements you can take.

Would I use it again? Yes, it is fairly priced and highly effective.

Visit onnit.com to buy Alpha Brain, one of the most effective and well-designed natural nootropics currently available on the market.