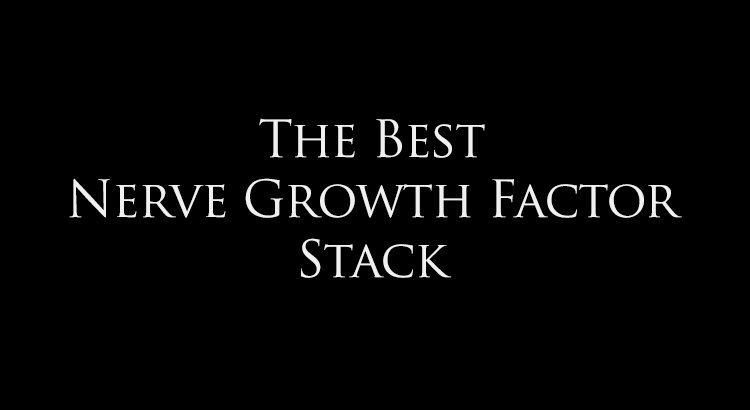 It was once believed that after our nervous system developed, we had a set amount of nerve cells that declined with age. It was only until recently that it was discovered that our body can generate new nerve cells, including brain cells, well into our adult lives.

In 1979, Nobel Prize winner Rita Levi-Montalcini discovered Nerve Growth Factor, or NGF, a unique protein that is important for the survival, maintenance, and even growth of nerve cells, including brain cells.

By maximizing the amount of NGF in our body, we are setting the stage for our body to optimize our neural network, creating stronger and more abundant synaptic connections which may result in authentic long-term improvements for brain functions including cognition and memory.

We are talking about real improvements in our brain’s physiology that may have lasting lifetime benefits.

I began to search for a nootropic stack specifically designed for promoting NGF production.

You should expect some immediate effects from this NGF stack, but the real lasting effects will begin once your brain has had the chance to create stronger neural connections.

*Credit to AZabirko0901 from the Longecity Forums for the initial inspiration behind this well-thought-out stack.

This combination of supplements is one of the most effective I’ve seen for promoting the production of Nerve Growth Factor.

I take this stack, except for the NGF drops, alongside my custom nootropic stack. I have noticed great benefits from combining the two.

It took my body about a week until I started to notice some slight improvements. After a couple of months, the effects on my memory and general cognition really started to shine.