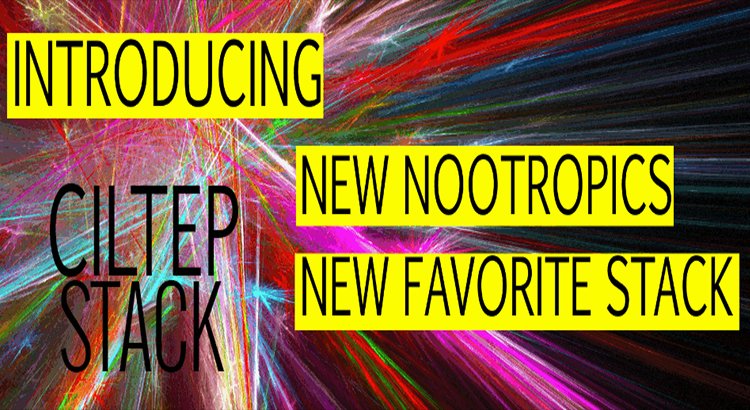 Brain supplements and other nootropics have become a popular choice for college students, since these supplements, often referred to as nootropics, help to improve intelligence, concentration, memory, and cognition.

Researchers believe that nootropics work by improving oxygen supply to the brain, changing the availability of neurochemicals to the brain and by stimulating nerve growth.

One of the best natural nootropics for studying, final exams, or whatever else you might need a hand with, is the CILTEP stack, which includes several natural ingredients designed to stimulate the brain and improve memory.

CILTEP stands for Chemically Induced Long-Term Potentiation, and it’s this process that has made this smart supplement stand out and receive the attention it has been getting.

Here is a closer look at CILTEP and how it may increase focus, motivation, and long-term memory.

Why is CILTEP so highly regarded?

It includes several natural ingredients designed to stimulate the brain and improve memory. Here is a closer look at the CILTEP stack, and more information on how to stack nootropics to increase long-term memory for exam success.

Essentially, CILTEP is one of the few nootropics that is widely agreed to have permanent benefits, though it is something you will need a more serious commitment to as the benefits start manifesting best after 3-6 months.

What’s in the CILTEP stack? CILTEP combines coleus forskohlii root extract and artichoke extract as the main two ingredients, with L-phenylalanine being an almost primary ingredient based on preference (the synergy is incredible) and with many users adding Acetyl-L-Carnitine, Vitamin B-6, and Resveratrol to the blend for even better mental performance.

Visit NaturalStacks.com to get CILTEP in “ready-to-go” preformulated capsules.

The CILTEP stack is designed to increase mental endurance, motivation, concentration, mood, long-term memory and the ability to study and retain vast amounts of information.

Each ingredient in the stack is designed to perform a specific function. For example, the artichoke extract contains the natural PDE4 inhibitor, Luteolin, and when it inhibits PDE4, it improves cAMP levels, which can improve long-term memory. The Forskolin in the stack has been used in Indian Ayurvedic medicine for centuries, and it helps to improve memory by increasing cell levels of cAMP as the primary method of action.

CILTEP helps to induce long-term potentiation, which is a signal transmission occurring between neurons, keeping them both stimulated. It is a mechanism known to be behind memory and learning. After taking CILTEP, users note that they enjoy a sense of mental clarity, making it easy to study and work for 8-10 hours at a time. Studies have also show that this stack improves the effectiveness of normal dopamine metabolism, resulting in improved memory, learning, and motivation.

Individuals that like to stack nootropics often use CILTEP since it has been shown to combine well with other natural stimulants. It is commonly stacked with caffeine, giving the stack an additional boost, providing even better alertness. However, CILTEP should be used cautiously with stimulants, since it may magnify the effects of stimulants significantly.

CILTEP for Boosts of Mental Performance

I originally wrote this article as I was learning about the CILTEP stack to be more effective on my final exams. Due to the positive effects of nootropics, such as the CILTEP stack, on the brain, using nootropics for final exams has become popular among college students.

Many anecdotal reports from current students have shown the benefits of using nootropics before finals. Some individuals taking CILTEP note that they experienced improved focus and memory. General improvement in overall mood has been reported as well.

Since this stack works quickly, students do not have to take it for weeks to achieve the studying and exam results they want. It does not need time to build up in the system. Taking CILTEP along with caffeine or another stimulant usually provides students with 8-14 hours of improved mental function, making it a perfect choice for long days of studying or long days of taking college exams.

Many of the individuals taking the CILTEP stack to improve results when studying for finals noted that CILTEP worked much better when combining it with a stimulant, such as caffeine or an herbal stimulant.

Others noted that they enjoyed the best results when alternating between CILTEP, centrophenoxine, and piracetam. However, the final stack of this series I will post will blow any of these combinations away.

Visit NaturalStacks.com to get CILTEP in “ready-to-go” preformulated capsules and try it out for yourself.