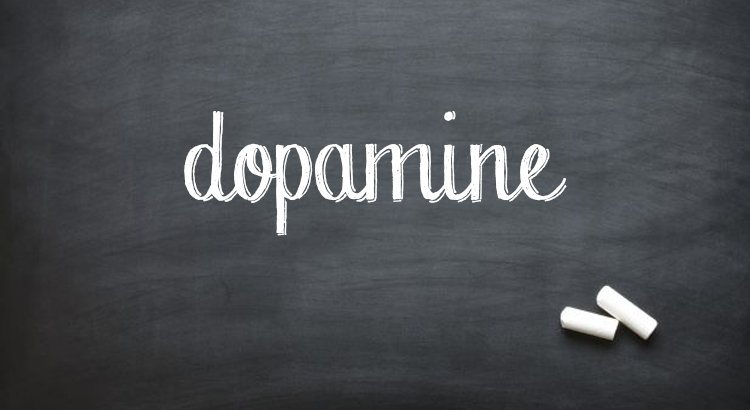 The thrill of victory, the satisfaction of accomplishment, the gratification of loving relationships, or even the simple pleasure of savoring a delicious treat. These are some of the experiences that make life worth living, and dopamine is the brain chemical primarily responsible for creating those pleasurable feelings.

Dopamine influences almost every aspect of life, from the ability to feel pleasure and happiness to motivation, energy, and even the power to control movement.

Low dopamine levels severely diminish the physiological and cognitive responses that combine to make each day enjoyable, but there are many natural, healthy ways to boost dopamine levels and recapture the zest for life.

Dopamine: What It Is, How It Works, And Why We Need It

Dopamine is a neurotransmitter, a chemical messenger that communicates information within the brain (and body) via the nervous system. It’s vital to many of our most critical functions, including memory, motor control, and focus. But perhaps most importantly, dopamine is the key player in the pleasure/reward response, a natural brain function designed to motivate and reinforce behaviors that promote our survival and well-being. Because of the role dopamine plays in this response, it’s sometimes referred to as the “motivation molecule.”

The pleasure/reward response works by stimulating a release of dopamine when we take actions that result in “rewards” that the brain perceives as positive; the rewards can be as simple and basic as eating, or as complex as winning a game, achieving a goal, or getting a raise. The dopamine release creates an immediate rush of pleasurable feelings throughout the brain, which we automatically associate with the actions that led to the reward. This makes us more likely to repeat those actions any time we encounter similar conditions or stimuli, and thus reinforces those behaviors.

The desire to experience the pleasure of a dopamine release is what motivates us to survival-based actions like eating, sex, and caring for our offspring. It also controls our motivation to gain intrinsically pleasurable rewards like physical comfort, emotional connection, and sensory enjoyment, as well as our drive to secure external rewards like money, promotion, approval, and prestige – things that may not be pleasurable in and of themselves, but which we have been conditioned to see as positive rewards that enhance our odds of survival.

Low dopamine levels weaken this critical response, and the lower they get, the less apt we are to take action in pursuit of rewards.

A minor drop in dopamine can leave us feeling lethargic, forgetful, and demotivated; a substantial decrease in dopamine can lead to decreased libido, depression, social and emotional disconnection, feelings of hopelessness, and the inability to experience pleasure. Extreme cases of dopamine shortage can even threaten our very survival; laboratory rats deprived of dopamine will stop eating and eventually starve, even though food is readily available.

Extreme dopamine depletion is most closely associated with Parkinson’s disease, a devastating, incurable, and relatively rare neurodegenerative disorder that causes the brain to stop producing dopamine. Some illnesses, including hypothyroidism and influenza, can also temporarily depress dopamine levels, as can exposure to lead, arsenic, or cadmium.

However, lifestyle conditions can create dopamine deficiency in otherwise healthy people; the bad news is that these conditions are very common, but the good news is that they’re all reversible. Stress, obesity, alcohol withdrawal syndrome, poor nutrition, drug use, and lack of sleep can all have a negative effect on dopamine levels.

Some of the most common symptoms of mild to moderate dopamine deficiency include depression, chronic boredom, and dissatisfaction, sleeping excessively, cravings for sugar, fats, and alcohol, apathy or aggression, and difficulty focusing. Even brief and temporary dopamine depletion can negatively impact the quality of life, but it’s entirely possible to raise dopamine levels naturally in healthy people.

How To Give Your Dopamine Levels A Natural Boost

Eat the right foods: If you suspect that your dopamine levels may be low, diet is the first factor to consider. Dopamine is synthesized from the amino acid tyrosine, which we get from food. Meat, dairy, fish, and poultry are all good sources of tyrosine, but there are plenty of vegan and vegetarian options as well: apples, bananas, strawberries, avocados, beets, leafy green vegetables, peanuts, almonds, oatmeal, wheat germ, soy products, and even coffee and chocolate are all good food choices.

Get enough sleep: Studies show that sleep deprivation downregulates the production of dopamine.

Reduce stress: If your stress levels are skyrocketing, it could be making your dopamine levels plunge. Elevated stress levels are strongly associated with low dopamine, and taking steps to lower stress is one of the best ways to get the dopaminergic system working at maximum efficiency. Studies have shown that meditation, biofeedback, and exercise are all effective ways to reduce stress.

Seek new accomplishments: Doing things – particularly new things – that lead to a feeling of achievement or accomplishment is a great way to stimulate the dopamine system. The possibilities are literally endless; progressing through the levels of a game, mastering a new recipe, or even something as mundane as crossing completed items off your “to do” list can help.

Put on some tunes and get into the creative zone: Listening to music is known to stimulate dopamine production and release, and so is engaging in creative pursuits like writing, painting, drawing, crafting, etc.

Take appropriate supplements: Dopamine is synthesized in the body, so you can’t take it in supplement form. However, there are many supplements that support the dopamine system, and adding them to your daily regime can work wonders. One of the best is L-Tyrosine, the amino acid that is the “raw material” for dopamine. Gingko Biloba, Rhodiola, Mucuna, L-theanine, and curcumin are all known to promote dopamine production.

Making The Most Of The Motivation Molecule

Keeping your dopamine levels high and your dopaminergic system operating at maximum efficiency is essential to a healthy and fulfilling life. Dopamine has a profound effect on the brain processes that control movement, emotion, and the ability to experience pleasure; not only does it provide us with the built-in motivation and incentive we need to meet each day’s challenges, it also enables us to savor and enjoy the good things of life.

Even brief, minor dopamine deficiencies can rob us of energy, motivation, focus, and happiness; prolonged dopamine deficiency has been associated with a variety of extremely undesirable outcomes, including social isolation, sleep problems, depression, and addictive behaviors like sugar bingeing, gambling, alcoholism, and illicit drug use. In extreme cases, lack of dopamine can even threaten our survival.

Though dopamine deficiency is associated with some illnesses and disorders, they’re thankfully relatively rare. Low dopamine levels are most commonly the consequence of diet and lifestyle choices, all of which are easily and naturally reversible. Adding more tyrosine-rich foods to the diet, reducing stress, taking appropriate supplements, exercising regularly, and getting plenty of sleep are all positive steps that can work wonders on a dopamine-depleted system.

The bottom line: take the signs of low dopamine seriously, and take action. Some simple, natural diet and lifestyle adjustments can get you back on track and living life to the fullest again.

How To Increase Dopamine Levels In The Brain was last modified: July 16th, 2021 by Braintropic.com Research Team