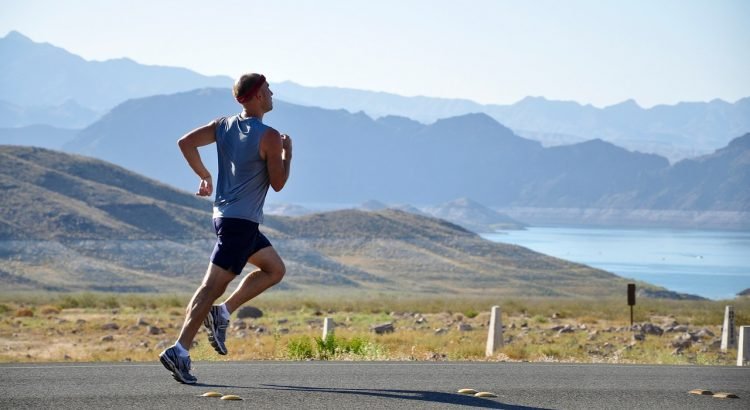 Nootropics or smart drugs are an increasingly popular choice for people who want to make the most of their minds, but pills and powders aren’t the only options for cognitive enhancement.

In fact, giving your brain a nootropic boost can literally be as cheap and easy as a walk in the park.

Nootropic supplements make up one of the fastest-growing global markets, with last year’s 1.3 billion USD consumer outlay on cognitive enhancers expected to reach more than 6 billion USD by 2024. But at the same time, medical research is confirming that one of the best smart drugs available is ordinary exercise. New studies suggest that exercise has such powerful psychological effects that it should be considered a psychoactive drug, capable of reducing stress, improving mood, and enhancing learning, memory, and overall cognitive ability.

The general health benefits of exercise have been known and documented for centuries, with medieval, Renaissance, and even ancient medical literature referring to exercise’s direct positive impact on health.

By the mid-1700s physicians were noting the importance of vigorous physical activity to mood and “mental hygiene” as well as general health, and by the 1900s schools were incorporating physical education as an essential part of the curriculum, recognizing the connection between fitness and academic achievement.

In the 1930s medical literature started to document studies on the relationship between exercise and cognition, and the era of exercise as a nootropic was born.

Over the past decade, a growing body of scientific evidence has clearly demonstrated the many ways in which exercise improves cognition throughout the entire human lifespan. Not only does it enhance central nervous system (CNS) function, it promotes resistance against neurological disorders, improves brain metabolism and neural communication, enhances synaptic plasticity, and can even prevent the age-related loss of brain tissue.

It appears that there are few, if any, aspects of cognition that aren’t positively impacted by exercise.

Exercise is a singularly effective nootropic because it has many mechanisms of action, some of which impact the brain directly, while others increase the efficiency of various body systems that have an important influence on cognition.

Exercise Increases Circulation – One of the most important ways that exercise benefits cognition is by simply increasing and improving the circulation of blood through the body. The brain requires a constant supply of nutrients and oxygen, both of which are delivered via the blood; optimal brain oxygenation and metabolism are associated with optimal cognitive abilities. Almost any type of exercise promotes increased circulation, so something as simple as taking a walk can improve the condition of your brain.

Exercise Creates Better, Stronger Cells – Research shows that physical activity has a pronounced positive impact on cellular health. It improves the function of the cellular mitochondria, the part of the cell that regulates metabolism and produces energy. Aerobic exercise has also been shown to promote mitochondrial biogenesis, the process by which cells increase their energy-producing capability. Mitochondrial health and biogenesis are closely associated with memory, learning ability, and overall cognitive function, so every hike, aerobics session, or spin class is having a nootropic impact on your brain.

Exercise Improves Neural Communications – Exercise has a profound positive impact on the release and uptake of neurotransmitters, chemicals that act as messengers between brain and body and within the brain itself. Studies show that physical exercise significantly upregulates the production of a wide range of crucial neurotransmitters, including dopamine and serotonin, which influence mood; noradrenaline and epinephrine, which are associated with energy; and acetylcholine, which is so crucial to cognition that it’s sometimes referred to as “the learning neurotransmitter”. Cognition is a direct function of neural communication, which is improved and facilitated by exercise, so every workout is increasing your brain’s abilities.

Exercise Literally Grows The Brain – Research has shown that regular aerobic exercise over an extended period of time actually increases the volume of the pre-frontal cortex and the medial temporal cortex, the regions of the brain that control memory and thinking. A recent study involving healthy but sedentary volunteers between 60 and 79 years of age showed that the group who participated in aerobic fitness training demonstrated significant increases in brain volume, along with improved reasoning, working memory, and problem-solving abilities. A control group who participated in non-aerobic stretching and toning showed no increase in brain volume or improvements in cognitive abilities.

These changes were attributed to both actual brain growth and to the prevention of the brain tissue loss that is associated with aging. So regular trips to the gym will not only make you look and feel better now, they’ll keep you thinking better as the years go by.

Exercise Enhances Neuroplasticity – Neuroplasticity, or the brain’s ability to adapt to new input by forming new synaptic connections and reorganizing existing ones, is absolutely crucial to learning and cognition. Though neuroplasticity can be negatively impacted by aging, illness, injury, or trauma, new research indicates that physical activity facilitates neuroplasticity and improves cognitive function.

Exercise triggers a series of biochemical changes in the brain that result in increases both neuroplasticity and neurogenesis, or the production of new nerve tissue. This, in turn, has a marked positive effect on brain function, particularly when physical training is combined with cognitive training; when both brain and body are exercised regularly, the improvements to both are enhanced.

A word of warning: studies suggest that the only way to maintain the cognitive benefits gained through physical exercise is to maintain an increased level of cardio fitness. So when you’re tempted to skip your exercise session, think of it as protecting your investment in your brain.

What Kind of Exercise Gives The Biggest Mental Boost?

The takeaway message is that any exercise is better for the brain than no exercise at all.

No matter what kind of physical activity you do, from strolling around the block to grunting through a high-intensity workout, you’re improving your odds for increased cognitive function. But human and animal studies show that sustained aerobic activity is best for increasing neurogenesis, neuroplasticity, and other changes that can substantially boost your brain power.

At this time there is no data to indicate that any particular aerobic activity has more nootropic potential than others; vigorous walking, jogging, stationary cycling, swimming, yoga, you name it – as long as it gets your heart pumping and can be done regularly for at least 10 to 15 minutes at a time, odds are it will benefit your brain.

What exercise you choose to do is only part of the story; how long you persist in doing it is crucial to creating an extended nootropic advantage. Two to three hours of moderate intensity activity each week is a sufficient exercise investment to pay off in cognitive enhancement returns, though studies suggest that the degree of cognitive improvement is related to the amount of exercise, with the participants who exercised most realizing the most cognitive improvements.

Once you’ve established an effective cognitive enhancing exercise routine, keeping it going over the long haul is really the key to getting the most from your brain throughout your life.

Studies that tracked participants over extended periods suggest that the only way to maintain the nootropic benefits of exercise is to keep exercising. Maintaining a routine of vigorous physical activity is more than just good discipline or a way to stay strong and fit – it’s the key to living life at your cognitive best.

Maintaining a routine of vigorous physical activity is more than just good discipline or a way to stay strong and fit – it’s the key to living life at your cognitive best.