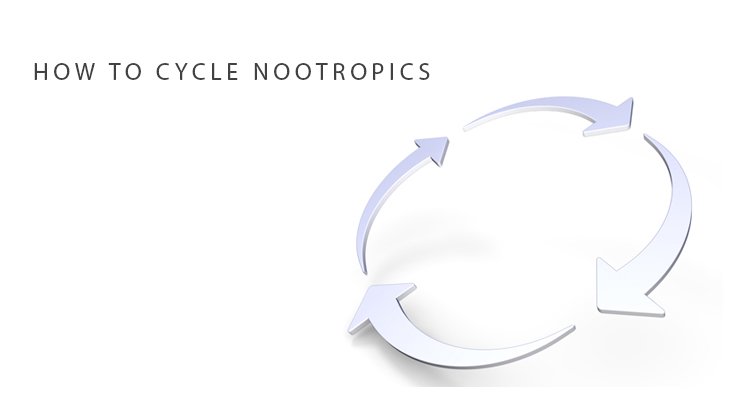 If you’re finding the nootropics you take most frequently seem to be losing their power, your body is likely developing a tolerance to them. Building tolerance is a predictable physiological phenomenon that’s both natural and mostly inevitable.

The good news is that there are steps you can take to avoid or at least minimize the tolerance trap.

What is Tolerance And Why Does it Happen?

In terms of nootropics and other pharmaceuticals, developing tolerance means that over time your body will respond to the substances you’re taking by making them increasingly less effective. This is inescapable, to some extent at least; the body naturally seeks homeostasis, or the regulation of variables so that the internal condition remains stable and constant.

When you first start taking a substance, part of its effectiveness can be attributed to the element of physiological surprise; your body isn’t familiar with it and has no defenses against it, so the substance successfully disrupts homeostasis and achieves the desired results.

However, as your body becomes accustomed to the chemicals you’re ingesting, it gradually implements a variety of biological adaptations that minimize its response to them.

Organisms typically maintain homeostasis by regulating various body systems, including blood pressure, heart rate, blood glucose concentration, fluid balance, temperature, and energy output. But, when the substance that’s threatening homeostasis is a nootropic that modulates neurotransmitter production and processing, the body responds by attempting to regulate neurotransmitter balance. This can be accomplished via many routes, from downregulating receptors to decreasing the quantity of neurotransmitters produced, but the end result is the same: the body often finds a way to neutralize the effects of the nootropics.

When this happens, users may find that they need to take larger or more frequent doses to achieve the same effects they initially enjoyed. This is an undesirable situation, for a variety of reasons; not only is it potentially dangerous, but it’s also counterproductive in the long run. The more of the substances you take and the more frequently you take them, the faster and more efficiently the body develops tolerance and puts up defenses to biologically block the effects you’re seeking.

The Relationship Between Tolerance And Addiction

Tolerance doesn’t equal addiction, but there’s no denying that it can be a step in that direction.

Users often find that they can temporarily compensate for tolerance by just taking more of whatever the substance is; repeatedly increasing dosages may be able to replicate the initial response, for a while at least. The catch is that the body continues to adapt to whatever is disrupting homeostasis, and if you’re taking more and more of a substance, the body will produce more and more of whatever is necessary to render it less impactful.

If this cycle happens regularly, the body will start automatically churning out greater amounts of whatever chemicals it assumes it will need to maintain homeostasis, and you can quickly find yourself in a situation where you need to take the substance in order to offset the body’s defenses and simply feel normal.

To be perfectly clear, addiction isn’t looming over everyone taking any substance intended to improve their mental or physiological performance in some way. But it can happen with certain substances, so it’s something to keep in mind.

There are several steps you can take to avoid building a tolerance to your nootropics, the first and perhaps most important of which is to take nootropics in a cycle rather than continuously.

Cycling means establishing a pattern of taking a nootropic for a specific number of days, weeks, or months, followed by a set amount of time when you don’t take it. For example, you might decide to take the nootropic on a monthly 3:1 cycle, which would mean you’d take the nootropic regularly for three months and then stop taking it entirely for a month.

The duration of each stage of the cycle depends on a number of factors, including the nootropic itself and how long you’ve been taking it continuously. If you took a nootropic for three months with successful results and started to experience signals of tolerance in month four, it would probably make sense to abstain for a full month before starting to retake it. If you experienced signs of tolerance after one or two weeks of continuous use, you might want to try a one week on, one week off cycle.

Because everyone’s body reacts differently, there are no universally accepted recommendations for nootropic cycles.

In fact, if you read a dozen articles, posts, and descriptions of users’ personal experiences with cycling, you’ll find at least a dozen different recommendations on how to cycle, how long to cycle, and even which nootropics need to be cycled in the first place.

The best way to determine what kind of cycle you should maintain is a combination of research and personal monitoring.

Start by learning as much as possible about the nootropics you’re taking; reading articles and posts about a particular nootropic will give you an idea of how it affects other users and what their experience was in terms of tolerance and effective cycling.

At the same time, it’s crucial to closely and continuously monitor your response to the nootropics you’re taking, temporarily discontinuing their use as soon as you notice even the beginnings of tolerance developing.

It’s not essential to discontinue use all nootropic use when you’re cycling, but depending on the type of nootropics involved, it may be a good idea. If you’re taking two nootropics that have similar mechanisms of action (for instance, two stimulants), discontinuing one but continuing to use the other may not resolve any tolerance issues you’re experiencing.

While there is no foolproof, one-size-fits-all method for cycling nootropics, there are some general guidelines that may be helpful.

Posts in two of the Internet’s largest nootropic communities, Reddit’s r/nootropics and Longecity’s Brain Health Forum offer many perspectives on cycling. Remember, these are usually not definitive sources but rather common practices based on individual experiences.

Here are some of the typical cycling schedules that are suggested to be effective according to user reports posted on forums in nootropic communities:

Adrafinil – Either limit to 2–3 times per week or a cycle of 1 week on 2 weeks off. Not recommended for long-term use.

Phenibut – Anxiolytics like phenibut tend to produce tolerance and may provide the best results when used only a few times a week. It is generally recommended to wait for a minimum of 2–3 days between doses.

Sulbutiamine – One week on followed by one week off.

Racetams – While there is considerable disagreement about whether tolerance is an issue with the racetam family of nootropics, many users find that they get significantly better results with cycling. A good starting point for piracetam, pramiracetam, and aniracetam is a cycle of three to four months on and one month off, while oxiracetam may yield best results with a shorter cycle of three to four weeks on and one week off. Racetams with more stimulative properties such as phenylpiracetam and oxiracetam may prove most effective with non-daily use.

Noopept – According to the dosing label that comes in the packet insert in Russia, it is recommended to take for 1.5–3 months and then, if necessary, for another cycle after a 1-month break. Many nootropic users also follow a cycle of 56 days on and 4 days off.

Get Optimal Results With Minimal Dosage and Smart Stacking

“Less is more” is applicable to nootropics, at least when it comes to avoiding tolerance.

Taking the minimum effective dose is good advice; not only is it safer and less likely to result in unwanted side effects, but it’s also one of the most reliable means of delaying or avoiding the development of tolerance.

It’s also important to create smart stacks that include essential nutrients that will enhance the performance of your nootropics. Including high-quality choline like CDP Choline or Alpha GPC can go a long way toward providing maximum results and may significantly improve the length of time you can take the nootropic supplement before experiencing signs of tolerance.

The Bottom Line: Get Maximum Effectiveness With Cycling

Tolerance is a real issue that can’t be completely circumvented, but there are steps every user can take to minimize tolerance-related problems.

Start with creating an intelligent and appropriate cycle schedule for your nootropics, and do some research; the more you know about the substance you’re taking, the better you’ll be at devising a cycle that optimizes the results you get.

Pay close attention to your own responses when you take any nootropic, and discontinue its use as soon as you note the first signs of tolerance.

Avoid “more is better” thinking, stick to the minimum effective doses, and include essential nutrients like high-quality choline in every stack.

The effort you put in will keep your nootropics working better for a longer time.

How to Cycle Nootropics to Avoid Tolerance was last modified: February 15th, 2019 by Braintropic.com Research Team