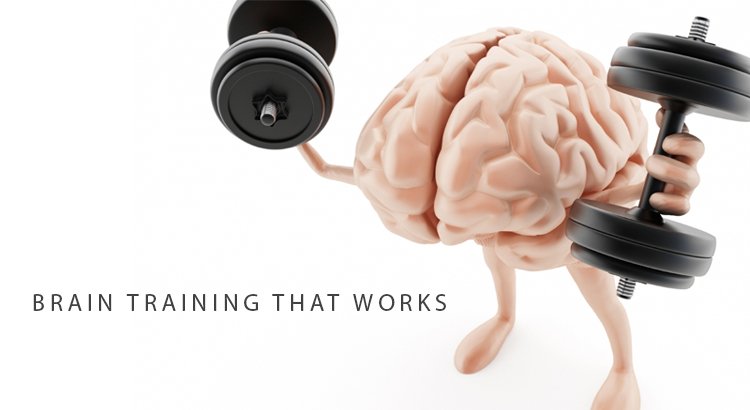 The idea that brain training or anything else could significantly alter the abilities of the adult brain is actually relatively new. Until the early 20th century, the adult brain was regarded as basically unchangeable, developing during critical early years of childhood but then becoming fixed and static. This concept was overturned a little over a century ago, when scientists began to theorize that the brain continues to change throughout life, reorganizing and actually reshaping itself.

The relatively new science of neuroplasticity is a study of the physical processes of change within the brain, and it has shown that the brain is indeed far from static. Each ability we gain or lose is reflected physically in the brain; gray matter can increase or decrease, and neural connections can be created or severed. Neuroplasticity research suggests that training the brain is a lot like training the body; the more you exercise a specific muscle, the bigger and/or stronger it will become. You’ll get better and faster at doing any task you perform regularly and frequently, and your brain will physically reorganize itself to make this possible.

A classic example of this neuroplasticity and brain self-reshaping was uncovered in a landmark 2006 study of London taxi drivers, whose job requires some very specific brain training in the form of storing vast amounts of route and geographical information. MRIs of the taxi drivers’ brains showed that they had unusually large volumes of gray matter in the mid-posterior hippocampus, the area responsible for storing spatial information.

The study found this extra brain volume was absent among London bus drivers, who also navigate the streets of the city daily but consistently drive the same routes. The bus drivers had no need for storing large volumes of spatial information, so their gray matter volume in that specific area of the brain was not increased.

Interestingly, the same 2006 study indicated that while training the brain to be more adept at a specific task or skill will generally result in marked short-term improvement in that area, the increased capability doesn’t necessarily translate to greater overall long-term intelligence or even increased capability in related areas.

Though the taxi drivers’ brains reshaped themselves to become “smarter” about storing spatial knowledge, this brain change did not improve their ability to perform related tasks, such as acquiring new spatial information. In fact the bus drivers, who had an average amount of gray matter in the part of the brain that stores spatial knowledge, outperformed the taxi drivers on acquiring new visio-spatial knowledge. This is one of many studies that seem to indicate that the old axiom “practice makes perfect” applies to brain training, but in a limited and specific way.

We all experience this phenomenon regularly with what might be called everyday brain training. Playing chess frequently will eventually make you a better chess player, but it won’t necessarily increase your odds of winning at other board games. Spending a couple hours a day with a Memory or Concentration app will make you good at those tasks, but it won’t make it easier for you to remember your passwords. The similarities between physical and brain training are obvious in this respect; doing hours of curls and bench presses will give you great arms, but it won’t automatically give you a great golf swing even though your arms are involved.

While most brain training programs haven’t been shown to increase overall long-term intelligence, there is one that seems to be capable of producing generalized long-term cognitive improvement. Dual n-Back, a variation on a widely used cognitive neuroscience assessment tool, is the only brain training task that has been shown to actually improve long-term fluid intelligence. And, it’s available to you completely free.

Dual n-Back is a variation of the n-Back task, which was introduced in the late 1950s as a means of measuring a part of working memory. In the original n-Back task, a single item is displayed in different locations on a grid, changing positions in each turn. The subject is asked to indicate when the current position of the item matches its position from a predetermined number of steps (“n”) earlier in the sequence. For instance, a test in which n=1 would mean the subject would be asked to remember whether the item is in the same position as it was in the previous turn; if n=2, the subject would be asked to remember if the item is in the same position that it was in two turns ago.

The Dual n-back test, introduced in 2003, simultaneously presents the subject with two stimuli, one visual and one auditory. The subject attempts to identify matches in following turns, pressing one designated key if the match is visual and another designated key if the match is auditory. In a Dual n-Back test in which n=1, the user would be asked to recall both the location of the visual stimuli and the audio stimuli in the previous turn. If n=2, the user must recall both stimuli presented two turns back.

Most people find Dual n-Back training falls somewhere in the range between exceptionally challenging and fiendishly difficult. But studies suggest that it’s the very effort that it requires that makes it capable of producing lasting and generalized brain changes. The n-back task taps into several crucial brain functions, including working memory. Training with Dual n-Back is thought to enhance the brain’s ability to maintain information in an active, easily retrieved state, especially under conditions of distraction or interference.

Dual n-Back can be played on various websites for free such as soakyourhead.com.

We all do brain training of some description every day. Whether it’s driving a car, doing a crossword puzzle, dancing a rumba, or simply typing on a keyboard, doing the same thing over and over trains the brain and will eventually improve our skill at that specific task. Of course even this type of everyday brain training is not without limits and drawbacks; brain training has an exceptionally high “you get out of it what you put into it” quotient. If you consistently type with just two fingers, you’ll get faster and faster with time, but practicing that method won’t turn you into a proficient touch typist no matter how long or frequently you do it. With the sole documented exception of the Dual n-Back task, brain training doesn’t appear to generalize to improve overall intelligence or even related skills. You get better at whatever you actually do.

When it comes to every day brain training, you can absolutely enhance your ability to perform specific tasks and skills by practicing them. Your brain will reorganize itself to accommodate and facilitate those specific skills, and you’ll see the benefits in faster, better, and more efficient performance.

Unfortunately at this time there is little documented science to support the concept that most everyday brain training translates to generalized overall improvements in cognitive function and fluid intelligence. This also applies to special brain training games and programs, but they’re fun, stimulating, and can be beneficial to the brain by exercising aspects of cognition like concentration, alertness, and focus. However there is some solid albeit controversial research backing up the idea that training for about 20 minutes a day with the Dual n-Back task may actually enhance fluid intelligence.

Whether or not brain training is worthwhile depends to an enormous extent on the user and his or her goals. Training in a specific task or skill will make you better at that task or skill, and training with the Dual n-Back task may possibly increase your fluid intelligence and boost your IQ. But again, the parallels between brain and body training are pertinent: in both cases, any exercise is better for you than no exercise at all.