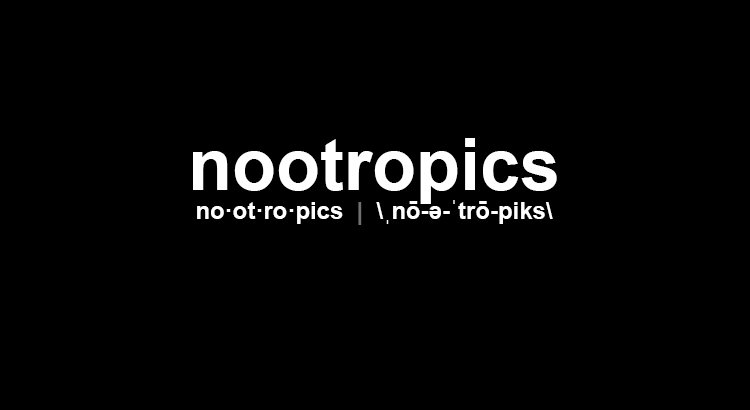 Nootropics are supplements, drugs, or functional foods, that enhance cognitive functions such as intelligence, memory, creativity, and attention.

Nootropics have seen an influx of interest over the last several years as people search for ways to maximize their brain’s potential.


The word itself, coined by the Romanian psychologist and chemist Dr. Corneliu E. Giurgea who synthesized the first nootropic piracetam over 50 years ago, is a combination of the Greek words nous (mind) and trepein (to bend or turn).


According to Dr. Giurgea’s definition, nootropics:

Piracetam, the first nootropic created, is still widely regarded as one of the best nootropics available, particularly a good choice for first-time users.

However, since piracetam was first synthesized, several more nootropics have been created meaning that today we now have a whole array of options to choose from.

While nootropics are not a miracle drugs that will turn an ordinary person into a genius overnight, research suggests that some nootropics are able to augment the power of the human brain, especially its capacity for memory and ability to learn, essentially making people smarter.

Nootropics are not a substitute for a healthy lifestyle. You still need to work hard when learning. However, nootropics may provide an edge that allows your brain to function at its best.

Nootropics are also regarded for their ability to contribute to the brain’s overall long-term well-being. Billions of neurotransmitters and receptors control the brain and all of its functions and modulating their behavior can result in improved brain function.

In addition to providing enhanced learning ability, the improved responses of neurotransmitters mean greater resistance to the normal cognitive decline that comes with aging as well as to cognitive disorders such as amnesia and dementia.

Other nootropics, such as Lion’s Mane can even stimulate the production of Nerve Growth Factor wherein protein synthesis results in the growth of brain cells, particularly in the cells’ dendrites that make the communication of impulses possible throughout the central nervous system. Dendritic growth means faster communication, which in turn translates into improved learning and memory. It must be noted that some nootropics must be taken for days or weeks for its beneficial effects to kick in.

There are others, such as Noopept or phenylpiracetam, that have immediate effects.

With so many options out there, it’s important to do your research and find the right nootropic for your needs.

Nootropics are generally categorized into three main groups: racetams, stimulants, and nutraceuticals. Each nootropic group has a specific set of functions that contribute to preserving and improving the brain’s capability and health.

It is possible also possible to combine different nootropics, known as “stacking,” resulting in a powerful synergistic effect where the individual components of the stack produce an effect greater than the sum of their individual effects.

If you’re a student facing difficulty in exams, a working professional looking for that extra edge, and an older person that wants to continue enjoying the mental agility of a young mind, nootropics may be the answer you’re looking for.

What are Nootropics? was last modified: December 13th, 2018 by Braintropic.com Research Team