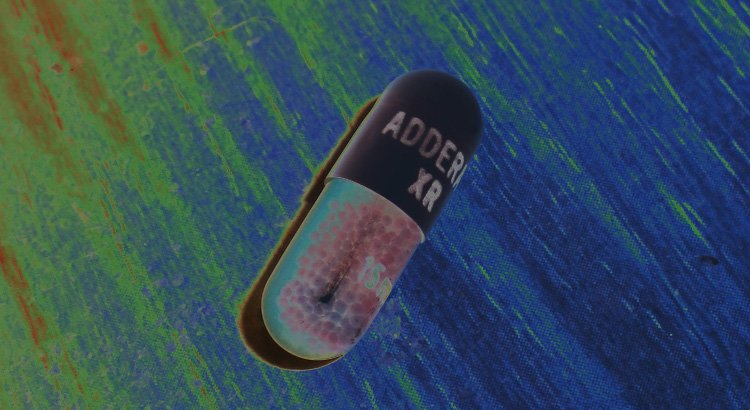 Savvy students are turning to nootropics as a safe, legal, and effective alternative to Adderall, the powerful and potentially dangerous pharmaceutical that millions of students count on for a cognitive boost at exam time.

Adderall, an amphetamine CNS stimulant approved for the treatment of ADHD and narcolepsy, is listed as a Schedule II drug and is available only by prescription. But despite legal regulation, Adderall is one of the most commonly abused drugs in North America.

Recent studies indicate that more than 30% of college students regularly use Adderall to improve their focus, concentration, and energy.

The widespread misconception that Adderall is completely harmless is putting millions of users in danger.

Adderall’s combination of amphetamine and dextroamphetamine poses a real risk of addiction and withdrawal symptoms. The effects of long-term use are potentially devastating.

If you are not abusing Adderall but have actually been prescribed it and are looking for alternatives, consult with your doctor before changing your medication/supplementation routine.

It also stimulates the production and availability of three important neurotransmitters:

Together these actions increase focus, alertness, and clarity, and produce temporary feelings of euphoria.

The pleasurable effects last for a few hours and are replaced with feelings of lethargy, irritability, and depression when the dose starts to wear off.

Dextroamphetamine has a relatively long half-life of 10-12 hours, and it can take as long as 48 hours to drop to negligible levels in the body.

Serious Side Effects (Both Long And Short Term)

Even limited use of Adderall carries some serious side effects, and the risk increases exponentially with long-term use.

The potential for addiction is extremely high, and abrupt cessation can lead to withdrawal syndrome that carries both physical and psychological consequences.

Any exposure to amphetamines can be a serious health threat to individuals who have high blood pressure, heart disease, or other cardiovascular problems.

Common side effects of amphetamine use that may be present after even brief short-term use:

The negative physical and psychological effects of long-term use of amphetamines like Adderall are even more disturbing.

In addition to both physical and psychological dependence, the negative effects of long-term amphetamine use include significant mental health issues such as:

Adderall and Dexedrine can also be neurotoxic in the long run, damaging neurons throughout the brain and creating a dual dopaminergic/serotonergic neurotoxicity that actually impairs associative learning.

The relatively new field of nootropics offers a variety of safe, legal, and effective alternatives to amphetamine stimulants like Adderall.

Fortunately, there are many alternatives to Adderall that can increase energy, improve focus and concentration, and provide a significant cognitive boost without exposure to the many downsides and dangers of amphetamines.

From natural substances like vitamins and choline supplements to nootropics like oxiracetam and adrafinil, these Adderall alternatives are not only safe and effective, they’re legal, affordable, and readily available.

And best of all, there is evidence that they actually promote brain health.

The following nootropics are the best potential Adderall substitutes:

The importance of the B vitamin complex, actually a group of eight related vitamins, has long been recognized for its crucial role in the conversion of food to fuel for cellular energy.

Recent studies indicate that this important vitamin complex is particularly crucial to brain function, to the extent that low B vitamin levels are strongly linked to slow information processing, poor memory function, and global cognitive decline.

One of the most important roles B vitamins play in improving cognition is the role of cofactor in the synthesis of neurotransmitters, the brain chemicals that enable cellular communication.

They’re also key to nerve myelination, the development of an insulating layer that enables rapid and efficient nerve impulse transmission by acting as an electrical conduit.

Ensuring optimum levels of B vitamin complex is the first step in naturally improving brain power.

High-quality vitamin B complex preparations are readily available everywhere, but for serious brain optimization you may want to look into enhanced stand-alone B vitamin preparations that are specifically designed to cross the blood-brain barrier and provide a rapid cognitive boost.

When it comes to cognition, choline is a standout among the B vitamins because it’s the basic building block for acetylcholine, one of the brain’s most crucial neurotransmitters.

Sometimes characterized as “the learning neurotransmitter”, acetylcholine is absolutely vital to just about every aspect of brain and cognitive function; it’s the chemical that enables brain cells to communicate and it’s responsible for memory formation, storage, and recall.

Insufficient choline impairs everything from thought and memory to speech, movement, sensory perception, and even sleep.

Maintaining overall high B vitamin levels is the crucial first step to better brain function, but getting plenty of the right kind of choline is a key alternative to the kind of cognitive enhancement that Adderall provides. Alpha GPC is an improved choline source that has been shown to enhance cognitive function by increasing the production of acetylcholine.

Itself a nootropic nutrient isolated from soy phospholipids, alpha GPC works by supplying the brain with a combination of choline and phospholipids, which are a major component of all cell membranes. The two components work together to promote brain biosynthesis of acetylcholine.

Scientific testing has repeatedly proven that alpha GPC is a safe and effective cognitive enhancer.

In clinical trials, it improved immediate memory formation and recall of young and middle-aged volunteers with medically induced amnesia.

In another study, it improved cognition and emotional state in aged patients suffering from vascular dementia.

Though alpha GPC is not known as a stimulant, users frequently say they experience cognitive stimulation when taking alpha GPC supplements.

Alpha GPC is safe and without any serious side effects, and it actually enhances brain and cell health.

It’s also a particularly valuable addition to other nootropic supplements; because nootropics classically make heavy draws on the brain’s supply of acetylcholine, knowledgeable nootropic users generally combine or “stack” their nootropics with a bioavailable choline source such as alpha GPC. A typical dose of Alpha GPC is 300 mg taken twice per day.

Developed in the 1970s, oxiracetam is a synthetic derivative of piracetam, the original “nootropic.”

It’s one of the most popular nootropics, best known for its ability to improve memory, learning ability, and other cognitive functions while enhancing alertness and energy.

Its stimulant properties are frequently described as mild and smooth, without the feelings of nervousness, jitteriness or agitation common to amphetamines and other stimulants.

Oxiracetam has been extensively tested as a treatment for memory loss and there is clinical evidence that it can effectively restore memory, but it has not been approved for any specific use by the USFDA. Oxiracetam is currently unregulated in the US, Canada, Australia, and the UK.

Oxiracetam works by directly modulating the release of the neurotransmitters acetylcholine and glutamine, both of which are crucial to memory, learning, and overall cognitive function.

Its stimulant properties are not completely understood but may be attributable in part to the fact that it is an ampakine, a compound that interacts with the glutamatergic AMPA receptors.

Ampakines are classed as stimulants but appear to lack many of the classic negative side effects, such as sleeplessness and feelings of nervousness, that are strongly associated with other stimulants such as amphetamine, caffeine, and methylphenidate.

It’s generally extremely well tolerated and no serious side effects have been reported, even when taken at high dosages; however it’s important to bear in mind that it’s a very potent supplement and should be used responsibly.

Recommendations for daily dosage range from 800 to as much as 2400 mg or more per day, ingested at intervals and taken in two to three doses. For most people a daily dosage of 800–1200 mg would be considered both safe and effective.

Oxiracetam should always be taken in conjunction with a good choline source like alpha GPC. An excellent combination or stack of the two supplements would be 800 mg of oxiracetam and 300 mg of Alpha GPC, one to two times per day.

Adrafinil: A Potent Nootropic Stimulant That Increases Energy As It Boosts Brain Power

Adrafinil is one of the best Adderall alternatives for users who want increased wakefulness, energy, and motivation as well as cognitive enhancement.

Originally developed in the 1970s as a treatment for sleep disorders, adrafinil is a potent stimulant that’s also strongly associated with a number of nootropic effects, including increased learning capacity, better memory, and faster recall.

For millions of users, adrafinil is the “go to” nootropic when they need to do mentally taxing work over a long period of time.

Adrafinil is initially pharmacologically inactive but when metabolized its effects are identical to those of Modafinil, a USFDA-approved treatment for wakefulness disorders.

It works by stimulating the part of the nervous system that releases adrenaline, the brain chemical that creates the “fight or flight” response. A rapid release of adrenaline boosts energy and increases alertness. Adrafinil is believed to replicate the positive effect of an adrenaline release by boosting adrenergic neurotransmitters and triggering increased production of dopamine, histamine, and norepinephrine, all of which are directly related to wakefulness and energy levels.

At the same time, adrafinil improves mood, memory, and overall cognition by stimulating the release of serotonin and inhibiting the breakdown of glutamate and dopamine.

Adrafinil is unregulated and legal for purchase in the US and Canada, but it has been banned by the World Anti-Doping Agency as a nonspecific stimulant compound.

It’s an effective and very potent supplement that’s taken safely by many but should be used with responsibility and caution.

Minor side effects including headaches, dizziness, nausea, and stomach discomfort have been reported. There is also the possibility of very serious side effects related to liver function, at high doses there is potential for increased risk of high blood pressure and heart problems.

A daily dosage of 150–300 mg is generally considered both safe and effective, but new users are strongly advised to start with a low dosage and increase amounts gradually as needed.

Because of the way adrafinil is metabolized it could potentially have an adverse effect on liver function, so taking it in cycles is preferable to taking it for extended periods.

For an effective alternative to Adderall and a maximum cognitive boost, combining several supplements together may yield the best results.

An example Adderall alternative stack may look like this:

As Needed (not more than twice per day)

These are just a few of the many natural supplements and modern nootropics that improve cognition and energy.

Cognitive enhancers are used by millions of students, researchers, night workers, and others who routinely face situations that demand maximum output of both mental and physical energy.

Nootropics can provide an effective and affordable boost that has all the benefits and none of the dangerous drawbacks of pharmaceutical stimulants like Adderall.